On Monday, our students in ESO 3 and 4 went to the cinema to see a film in English at Cinemas Imperial. The film was Lion

The film is about Saroo Brierley, a boy aged five, while living with his older brother Guddu, his mother and a younger sister in Khandwa (Madhya Pradesh) gets lost on a train and when he arrives in Calcutta, he is unable to communicate with anyone, he can not speak Bengali. After a long journey ends up being adopted by an Australian couple, who take him to live in Hobart (Australia). Twenty-five years later, with the sole help of the Google Earth application, Saroo will try to find his biological family.

Last week all these students prepared themselves by means of some worksheets about the film.
We asked them this activity:
What do you think of going to the cinema in English?
It is a good activity. teachers think of us. I think this year our teachers are having better ideas. 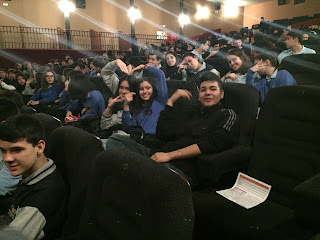 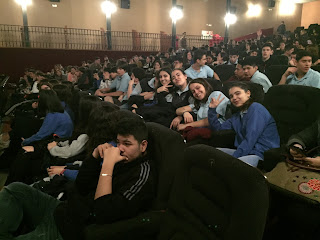